Cases in Endoscopic Browlift With Blepharoplasty 55 year old female 3 months after a browlift performed via the endoscopic technique. She had simultaneous bilateral eyelid lifts as well. 56 year old 3 months after her brows were lifted via the endoscopic approach. Simultaneous upper and lower blepharoplasties were performed. The lower lid also consisted of a cheek lift and fat repositioning/grafting. 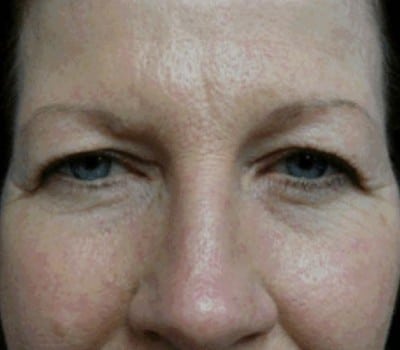