Can a Facelift Make much of a Difference? 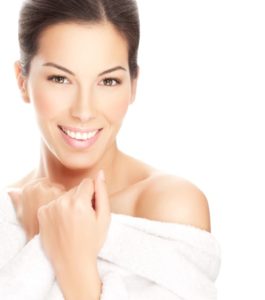 We meet with many men and women who are concerned about the cosmetic changes that are happening in the mid-stages of their life. Drooping brows, under eye bags, flat cheeks; these are all common frustrations that occur with age. And when they do occur, they make a person appear older than they are. Having a facelift doesn’t necessarily mean that you want to look 20 years younger than your biological age, it is more so about looking closer to your true self.

Historically, there has been very little quantitative data to suggest just how much of a difference a facelift can make. One study of 60 participants between the ages of 45 and 72, researchers were able to gain a better understanding. It makes sense that one of your questions about undergoing a facelift would be how many years this procedure could shave off your face, and we can now answer that – to some degree.

As you consider the value of a facelift, it is important to remember that every face is different. The goal of this procedure is not to restore a certain “age,” but to minimize the concerns that are making you appear older. With that said, let’s look at research findings.

In one study, a team of plastic surgeons concluded that facial rejuvenation including a facelift could turn back the clock up to 8 years. Just how much youthfulness was restored depended on the extent of treatment? Some patients obtain a mid-facelift; some, an upper facelift. In some instances, facelift surgery is combined with an eyelid lift, or with facial rejuvenation using fat grafting or dermal fillers.

There are significant benefits to facelift surgery with an experienced cosmetic plastic surgeon. To learn more about this procedure as opposed to injectable solutions, call 309-664-1007.